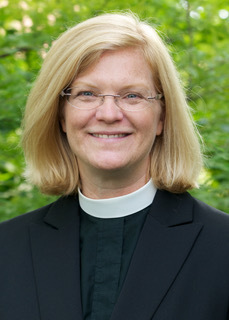 I grew up in a missionary family.  My paternal grandparents were missionaries in the Tibetan part of China; my uncle in Taiwan, my great aunt in Ethiopia.  But I was born in a more ordinary place:  Dallas, TX before my parents left the US for their first call to Papua New Guinea (where I spent some of my childhood and where my three sisters were all born.)  Imagine, I was a toddler, my mom hugely pregnant with my next sister, while we attended “jungle camp” - a sort of intense Bootcamp training for missionaries to live in the jungle.  I won’t start naming all the countries I grew up in, or I have served in or visited because my current country count is about my age:  56.  (We have a map, in my home.)

Although my folks were obviously committed Christians, they never committed to a denomination, so I grew up in all different types of churches which helps me be kind of flexible.  Every time we moved, we changed churches and denominations.  But I was confirmed a Lutheran, in southern California, in the 1970s.  I later became an Episcopalian in the early 1990s.  I appreciate the historicity, the liturgy, the sense of mystery, the sense that you don’t have to check your mind at the door which the Episcopal church offers.  As a young person my education was equally peripatetic (moving around), but my professional education has all been in Illinois:  Wheaton College, BA English and Secondary Education 1986; Seabury-Western Theological Seminary, Masters of Theological Studies 2006; Lutheran School of Theology in Chicago, Doctorate of Ministry (preaching) 2012.  Of course, I have professional training to be an interim pastor also.

In the late 1980s, I settled in Madison and I’ve chosen to keep Madison as my hometown ever since.  So when I was ordained in 2006, I began commuting to my first call in Mukwonago, because I did not want to disrupt my family.  My second settled call was longer, at St Luke’s in Madison.  After that, I became an Interim Pastor.   Someone asked me, isn’t it vulnerable to be an Interim Pastor?  Yes.  Yes, it is.  But I believe that God called me into this particular ministry.  I’ve served seven churches now, four of them as an Interim Pastor.

A few years ago, as my relationship with an Episcopal church in Madison was drawing to a close, I was praying about it all.   I could easily work as a settled pastor if I was willing to move, but my spouse is near retirement and loves his ministry.   I am married to Chaplain Guta Cvetkovic, who is ordained in the American Baptist Church and serves as a Chaplain at Capitol Lakes Retirement Community.  We have two young adult children from my first marriage, a daughter Michael Esealuka, who lives in New Orleans, and a son, Josh Esealuka, who lives in Seattle. Both are great places to visit.

So I was praying about my particular circumstances, and my gifts and weaknesses, and I sought counsel from some wise pastor friends, who said, why not try Interim work?  Then God opened the door for me to serve a very large ELCA church in Pewaukee as their Interim Senior Pastor.  I was there a year, and I really enjoyed working with the leaders and finding ways for them to resolve immediate problems,  identify their strengths and long-term challenges, so they could look for a settled pastor who was good at those kinds of problems.  After that church, I served country churches of different sizes as their Interim Pastor and enjoyed getting to know the folks and finding ways their churches could be vibrant and sustainable.  So now I trust that God is the one who placed me in a relationship with your congregation, and God will guide me in the future, too.

A few folks asked me, how long I will stay at Faith?  That’s a reasonable question.  The Council and I have a six-month contract, and we can renew it if the work is not finished.  We’ll know the work is about finished when the Transition Team writes a Ministry Site Profile (a detailed description of Faith Church and the Janesville area, which Synods and pastor candidates can search online).  Then when we share the description with the congregation, everybody in the community more or less agrees, “yes, that’s us.”  “Yes, those are our (longer-term) needs and challenges.”  “Yes, those are our gifts and strengths.”  After that, the Council will appoint a Call Committee to search for a settled pastor who fits the ministry description.  So a year may do it, or it may be longer if the Council, Synod, and I agree to that.

Obviously, I don’t have a lot of spare time, serving the church and commuting from Madison.  But when I do,  I like to read (usually mystery novels which come to a satisfying conclusion), grow plants indoors and out, organize wine pairings for my spouse's fabulous meals, and to listen to jazz.   We like to travel, still adding a country a year… except in the pandemic  And on our holidays, we always manage to find an Episcopal church… many of which are facing similar challenges to the Lutheran ones.